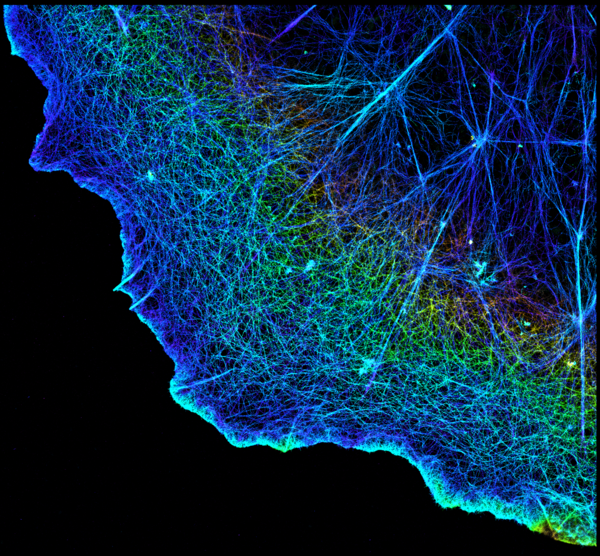 The great tragedy of mainstream, neoclassical economics is that, in trying to transform the Classical political-economy of the 19th century into a more mathematical science of economics, it butchered its political and moral foundation.

It all started with a good idea - from Menger, Jevons, and Walras - of the subjective nature of value and the marginal utility of goods. The “marginal revolution”, as we know it today, enabled supply and demand to be treated analytically with the tools of calculus, and for equations to be solved that maximize utility and minimize costs. This seemed to work well in isolated, simple circumstances, say the market for a particular commodity. But the techniques were rapidly applied to model more complex chains of production, and even entire economies. In doing so, the field got carried away in grossly insufficient, if not negligent, mathematical representations of the structures of production, and of the human and natural worlds that support them.

The insufficiency, and moral dereliction, of modern neoclassical economics is widely known and understood. Hence the growing prominence of so-called heterodox schools: Austrian, Ecological, Feminist, Georgist, Institutional, Post-Keynesian, etc. There are certainly truths in each of these. Perhaps we should be seeking a kind of heterodox synthesis.

The Factors of Production

It seems to me, at least, that a great part of the trouble with economics lies in its conception of the factors of production themselves (land, labour, capital, etc.). We seem to be suffering from a largely incomplete social theory of these factors and their relationships to each other. Neoclassical economics has dramatically, if not immorally, oversimplified in its treatment of the factors.

Each heterodox school is in some sense associated with a critique of one or another factor (of course this is itself a simplification, each school surely having much to say about all the factors): the Georgists with Land, the Feminists and Institutionalists with Labour, the Austrians and Post-Keynesians with Capital (and also with Money) and the Ecological economists with Energy. Even the central bankers are calling bullshit on the neoclassical descriptions of money!

The factors of Land and Labour, the very substance of natural and human life, have been reduced to mere commodity - fictitious commodities, as Polanyi so aptly called them. We’ve known since the time of David Ricardo, and certainly since Henry George, that private property in Land is highly questionable, if not outright immoral. Indeed, private property in Land can only emerge through a kind of theft, if not worse, an outright ethnic cleansing or genocide. It was theft of Land that ravaged Europe during the enclosure movement, giving rise to a new class of “poor”. And it was a veritable genocide of the Indigenous people that made the societies of Canada and the U.S. possible. This we must never forget. As for Labour, the ongoing pandemic has made apparent just how poorly our economic system values so-called “essential work”. And the overwhelming Labour that sustains households barely even enters the economic discourse. It is indeed worth asking, Who cooked Adam Smith’s Dinner?. We can hardly begin to formulate a sound political-economy if we remain in denial of these truths.

Then there’s the factor of Capital, which has been woefully misunderstood, and its theory stunted, at least since the Cambridge Capital Controversy died in the 1960s, if not since Hayek stopped working on it in 1940. The factor of Energy is largely excluded all together, or else included without any regard for the laws of thermodynamics. And the factor of Money, if it is not confused up with that of Capital, is hardly even considered a factor at all. No wonder mainstream economics has been so blind to the perils of climate change and to the risks inherent in the financial system!

Of course, the factors of production are themselves an abstraction, invented in the course of that throbbing historical revolution which wrestled markets from their underlying social fabric and subjugated society to economy, giving birth to The Market and Capitalism proper. But are we forever doomed to the lifeless treatment of these factors, which we have inherited over the decades and centuries? I surely hope not.

It is high time for a reconsideration of the factors of production as a basis for a more sound political-economy. Such a reconsideration ought to be truer to the character of each factor, and to the relationships between them. No longer may the factors be taken to be mere commodities, simple inputs to a production function. Each factor is deserving of its own dedicated social theory, the foundation for which has been laid by the many heterodox schools. And surely, we cannot possibly hope to capture the complexities and impacts of our socioeconomies without including Energy and Money among the primary factors.

Notice that the factors appear to emerge phylogenetically out of each other, in order, beginning with Land, and proceeding with Labour, Capital, Energy, and Money. Higher order factors, in turn, feedback on lower-order ones, thereby transforming them. Labour transforms Land by way of hunting, agriculture, mining, etc. Capital, in its turn, transforms Labour, enabling it to employ tools and machinery, and thus to further transform the Land. Energy transforms Capital, from human-powered to fuel-powered and beyond, and thus further transforms the nature of Labour. And so on.

Each factor might be said to expand the scope of activity possible on Land in a new dimension by augmenting the prior factors. Land is itself the material basis of all. Labour enables refined mobility in space. Capital enables Labour to make trade-offs in time. Energy enables Capital to increase the scale of energy utilized. And Money, as we conceive it here (not just gold coins but a full blown modern banking system), enables maturity transformation, which facilitates the development of high energy capital. It is questionable whether it would even be possible to finance our high energy industry on savings alone were it not for maturity transformation. In this sense, we might consider Money to be the shadow cast by Capital under the light of Energy. We might also consider Money to have a similar relationship to Energy as Capital does to Labour - a kind of augmentation in time.

It is common in economics to state that the share of income is distributed across the factors, with rent to Land, wages to Labour, and interest to Capital. If Energy and Money are to be included, then, what is their share? First, in the tradition of Wicksell (on whose work both the Austrians and Keynesians have drawn heavily), it is helpful to distinguish between a capital-rate of interest (what Wicksell called the “natural” rate), and the money-rate of interest. The former being the rate of interest paid on capital lent in kind, the latter being the money interest we are used to. In practice, of course, it is money that is lent, and not capital, but the distinction will likely be paramount to a proper understanding, lest we lose sight of the meaning of interest itself. The base money-rate of interest may indeed be a simple policy variable (as the MMT crowd claims), but the capital-rate of interest is most certainly not. A modern theory coherently relating the two appears to remain an open problem.

And what about Energy? It is difficult to see a distinct share of income due to Energy in the manner of rent, wages, and interest. But what if instead of thinking of these as shares of income, we consider them as costs? Rent as the cost of employing Land, wages the cost of Labour, etc. The use of Energy surely has a cost - what might be called entropy. It is borne by all, earned by none. Ignorance of this cost lies at the heart of much of the world’s unsustainable practices.

This conception is summarized in the table below:

There is much more to be said about all of this - about the social theories proffered by each school, about the ways in which the factors transform each other (for instance, the way in which high Energy Capital interferes with the ability of Labour to provide for itself, a misery that plays out in the medium of Money), about the implications for a more grounded form of market society (for instance, perhaps we should be using a variety of Moneys, each tuned to the scale of Energy being employed), etc. But further analysis will be left to future writings.